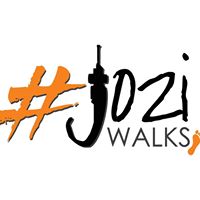 How’s this for an AMAZING initiative. Not ONE free walk, but THIRTEEN … all over the week-end of the 24th and 25th June. #JoziWalks  is a series of free walking tours initiated by the Johannesburg Development Agency  in partnership with local community activists, tourism entrepreneurs, walking tour operators, and the Johannesburg Heritage Foundation.  Because I suffer from serious FOMO and want to get an overview of everything that is on offer before I make an agonized choice, I have summarized all the info from the Walk My Jozi Facebook Events site.   Such fabulous choices. And you’d better book early as two walks are already fully booked (nos 9 & 12) Maybe some of them will be repeated?   Also some of the tourism entrepreneurs and walking tour operators run tours relatively regularly like Roving Bantu Kitchen and Treks (no 8); Dlala Nje (no 9); and of course the Johannesburg Heritage Foundation (no 12)  (although not necessarily around Orchards and Louis Botha).  So here goes  with a summary plus fuller descriptions.

Join Judith Muindisi of Tsica Heritage Consultants for a guided walk through the southern Joburg suburb of La Rochelle. Meet at La Rochelle’s Portuguese Evangelical Church at 37 2nd Street. Stops include a look around Parreirinha, a former jail that was converted into a Portuguese restaurant in 1975, a visit to the African fruit and vegetable market at Diaz Mall, visits to historic wood and corrugated iron homes and shops that date back to the early 1900s and a stroll along multicultural Johannesburg Road, La Rochelle’s high street which is lined with Portuguese bakeries and shops, Nigerian restaurants, churches and bars.The tour ends back at the Portuguese Evangelical Church with an African food tasting. Dishes include Egusi soup, fried plantain and jollof rice (common in West and Central Africa) and traditional Portuguese cuisine like Portuguese pork and cabbage soup.  TO BOOK EMAIL tsica.culturalheritage@gmail.com

Join Tshepo Letsoalo of Sophiatown the Mix for a guided walk, through the birthplace of South African jazz, Sophiatown where Thandi Klassen, Dolly Rathebe, Miriam Makeba and Hugh Masekela made their names. The tour starts from the Sophiatown The Mix heritage centre with a visit to the historic home of the first president of the ANC Dr Alfred Bitini (A.B.) Xuma, now a museum detailing the fascinating history of Sophiatown. The suburb was the vibrant cultural heart of Johannesburg in the 1950s. Other key stops that include Christ the King Church, a national heritage site with a tower designed by Herbert Baker and the resting place of anti-apartheid activist Father Trevor Huddleston. You will also visit homes of residents who were victims of the 1955 Forced Removals and who returned to the live in Sophiatown following the end of apartheid. The tour ends at Sophiatown The Mix with a fun “Make a Memory” session in the Sof’town photo booth where you can dress up in the style of the swinging 1950s. TO BOOK EMAIL tshepo@sophiatownthemix.com

Please note that this tour is exclusively for youth aged 15 to 25 from Diepsloot, Alex, Jeppestown and Hillbrow. You can only sign up for this walk if you are within this age group and live in one of these areas.  Meet up with other young people from Alex, Jeppestown, Hillbrow and Diepsloot at the Youth Connector Tour of the Windybrow Arts Centre in Hillbrow.

This #JoziWalk begins with a free taxi shuttle from each neighbourhood to the The Windybrow Arts Centre in Hillbrow, a beautiful 120-year old heritage landmark which has recently been restored.   The Youth Connector Tour includes a guided walk around the Windybrow and a spoken word session where everyone is given the opportunity to share a rap, poem or song. After this you’ll be invited into the kitchen to create a delicious lunch with Exotically Divine Ital, a local catering company who specialise in pan-African cooking. After lunch the taxis then transport participants from the 4 areas mentioned back home at 16:30.  The Youth Connector Tour aims to initiate a conversation about youth centres, art centres and safe spaces in the city where young people can meet up.  TO BOOK EMAIL info@thecolouredcube.co.za

Join Rachel Phasha of Khahvo Travel and Tours for a guided walk through Joburg’s oldest township, Alexandra. The walk starts at the Alex Theatre at Yarona Mall. Parking is available at the taxi rank (R20 for 5 hours, the most reasonably priced in town) and there will also be shuttle buses leaving between 12:30 and 13:00 from the Marlboro Gautrain station. Stops include Alexandra’s women’s hostel, one of two single-sex hostels built in the township by the apartheid government in 1981, the Thusong Youth Centre, a community centre and school, and Mandela’s Yard, the backyard where Nelson Mandela stayed when he first moved to Joburg in the early 1940s. The tour ends at the Alexandra Heritage Centre opposite Mandela’s Yard from where shuttle buses will pick you up to take you back to Yarona Mall. TO BOOK EMAIL khavho.tours@gmail.com / rphasha@khavho.co.za

The tour starts from The Wot-If? Trust office on Peach Road before taking a taxi journey around the area. Stops include the inspirational Muzomuhle Primary School with its beautiful public artworks and fun sculptures and the Diepsloot police station, the first police station to be built in the area. The tour also visits community organisation Wassup Diepsloot (Water, Amenities, Sanitation Services, Upgrading Program) before heading back to the Wot-If? Trust centre, a community organisation focused on youth and entrepreneurship. A highlight will be an open-air film screening of never-before seen footage of Diepsloot produced by local filmmakers Black Bite Productions TO BOOK blackbiteprod@gmail.com

The walk starts from MuseumAfrica where Moys will explain the ‘rules of the game’. A unique spin on the traditional walking tour, leave your valuables behind in the car, come dressed in comfortable clothes and shoes and be prepared to do some exercise. Experiences on the tour include a dance class warm-up on Mary Fitzgerald Square led by dance instructor and actress Theresa Phuti Mojele, ‘Graffitti aerobix’ where you get to warm up with graffiti artist Talking Vandal and decorate the walls of Newtown’s streets and more dancing at Tony’s Night Club,. Experience the city in a new way, laugh, run, and invent new dance moves along the way. The tour ends at Colleen’s Flower Shop on Mary Fitzgerald Square.  TO BOOK EMAIL Anthea.moys@gmail.com

Join Jacques Stoltz of Place Matters for a guided walk through the Sowetan suburb of Noordgesig (one of South Africa’s oldest so-called Coloured townships)..
The walk will start at the Noordgesig Rea Vaya station. Stops include the home of Frank Roro, one of the South African cricketers of colour denied the opportunity to play for the national team during apartheid, the homes of prominent political activists such as Rose Jardine and Sister Janie Greaver, and the site of the ‘Griqua/Griekwa’ church.The tour ends at Cestrum Street with a visit to the home of Jake Tuli (1931-1998), a South African professional boxer who was the first black South African to hold a British Empire flyweight title. His son Alan Tully will present memorabilia from his father’s boxing career and following the unveiling of a new heritage blue plaque on the house you will have the chance to chat with the Tuli family and members of the community over lunch.
TO BOOK EMAIL jacques@placematters.co.za

Join Sifiso Ntuli of Roving Bantu Kitchen & Treks for a guided walk through the western Joburg suburbs of Brixton and Fietas.  Your adventure starts at the Roving Bantu Kitchen in Brixton. Stops include: Kingston Frost Park with its beautiful views of the city, the traditionally poor white neighbourhood of Jan Hofmeyer, the Dutch Reformed Church from where anti-apartheid activist Beyers Naude once preached, and the Fietas Museum – a fascinating monument to the residents of Fietas who bravely defied the Forced Removals Act. The tour ends at Braamfontein Cemetery where transport will be provided to take you back to Brixton for a delicious lunch and reflection on the trek.  TO BOOK EMAIL rovingbantu@gmail.com

Unfortunately there are no more spaces available on this walk. However you could email the organisers to add your name to the waiting list in case of any last minute cancellations.
I have done this tour and would highly recommend it. Mike Luptak and Franck Leya of Dlala Nje will take a guided walk through the central Joburg suburbs of Hillbrow and Berea. The This Is Hillbrow! adventure starts at the iconic skyscraper Ponte City where Dlala Nje run a community centre. Stops include the top floor of the 50-storey Ponte City tower block with its panoramic views of Joburg, the iconic Telkom tower, local churches, schools and parks, and Pretoria Street, the bustling central hub of Hillbrow. The tour ends back at the Dlala Nje community centre in Ponte City. TO BOOK EMAIL Franck@dlalanje.org / loops@dlalanje.org

Join William Mathebula of Joe’s Lifestyle & Butchery- Alexandra for a guided walk through South Africa’s oldest township, Alexandra. The tour starts from Joe’s Butchery, a popular shisa nyama in Alexandra. The walk then takes to the streets of old Alex, once home to icons such as Nelson Mandela, Samora Machel and Hugh Masekela. Trace the old street plans of Alexandra and stop to look at the many historic houses hidden behind the distinctive crowded yards that Alex is famous for. The tour ends at Joe’s Butchery with a kasi style shisa nyama meal. Choose your meat from the butcher and either braai it yourself or have someone braai it for you. * TO BOOK EMAIL b.bhengu@icloud.com

Join Tshenolo Mokhele of the James Mpanza Legacy Foundation for a guided walk through Orlando East, the founding area of Soweto.  The tour starts from Orlando Stadium and moves to Orlando High School, the first stadium and high school in Soweto respectively. Stops include Orlando Communal Hall and the Donaldson Community Centre where Nelson Mandela trained and boxed in the late 1940s and early 1950s, before heading down historic Mooki Street to visit eight different heritage sites along the street.  The tour ends at the former home of James Sofasonke Mpanza. Often referred to as the ‘Father of Soweto’, Mpanza led a mass movement of squatters in the 1940s demanding land and housing, and established the Orlando East community, among the oldest settlements in Soweto.  TO BOOK EMAIL kwakhangela@gmail.com

Join Brett McDougall and Professor Katherine Munro of The Johannesburg Heritage Foundation for a guided walk through the eastern Joburg suburbs of Orchards, Maryvale, Sydenham and Orange Grove to explore the ‘Louis Botha Corridor of Creativity’.  The walk starts at the Orchards Project at 6 Pine Road. Stops include the historic Pine Road Synagogue, the former home of Mahatma Gandhi Satyagraha House, various places of worship, the Maryvale Mineral Water Works and the fantastic Kalahari Books – a treasure trove for readers.   The tour ends at Pine Road at 15:00 and will be followed by a fun Urban Art Experience (ends at 16:00) with Roger Chadwick, which will give you a chance to be part of creating street art that reflects the neighbourhood.  TO BOOK EMAIL mail@joburgheritage.co.za

Join Sanza Sandile of the Yeoville Dinner Club for A Pan Afrikan Plate for a culinary walk through the pan-African suburb of Yeoville. The walk starts at Yeoville Market at the corner of Cavendish Rd and Rockey Street. Here you will have the opportunity to meet the the vendors and producers behind the market’s many food stalls and learn how the different food products on sale are sourced and used. After touring the market Sanza will take you to experience the Yeoville Dinner Club, a delicious pan-African lunch cooked up by Sanza and served on a rooftop overlooking bustling Rockey Street. After lunch enjoy a traditional Ethiopian coffee ceremony a few blocks further up Rockey Street at an Ethiopian coffee shop. TO BOOK EMAIL sanzamusik@gmail.com

For more on regular walking tours of Jozi see http://www.lizatlancaster.co.za/info/whattodo.html

One thought on “#JoziWalks 24th and 25th June and they are FREE! So BOOK EARLY!”