I wrote about Zaagkuilsdrift and KgomoKgomo in my last post but only posted one bird photograph! So more on the actual birding here.  Just 50km north of Pretoria, this area is one of South Africa’s most prolific birding spots with grassland, woodland and water birds abounding. 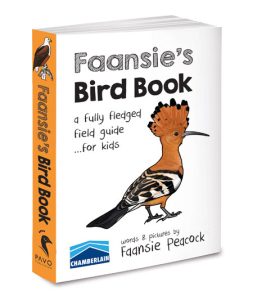 We knew we were in a top birding spot when, as we drove in on the Friday evening, we met two men on the bepuddled roadside with cameras, binocs and impressive recording equipment.  They turned out to be Faansie Peacock and Callan Cohen who were trying to record the call of the dwarf bittern. Faansie, a serious birding expert, has written numerous books including ones on waders; LBJs; Pipits ; as well as a birding book for kids. 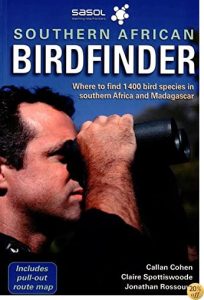 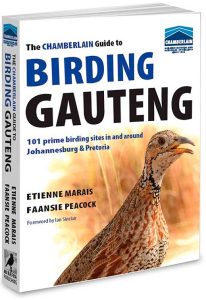 A group of birders joined the boma dinner on our first night and their tour leader was Etienne Marais,  well known bird guide, expert on warblers and co-author with Faansie, of Birding Gauteng.  So we were certainly in illustrious birding company. 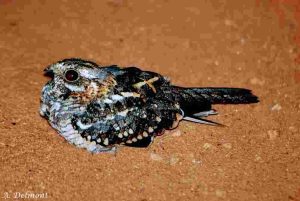 Unfortunately they had all left the lodge  by the time we saw this nightjar and so could not get a P.I. at the time. As the title of this post says. If anybody can give a positive ID. of this nightjar, you can have a free night’s stay at Liz at Lancaster Guesthouse!   Although I’m not sure how I am going to prove the correct PI! And yes, we hear the Fiery Necked a lot.

Some rare and unusual bird sightings

Although there were reports of the Striped Crake, and we searched the area where it had been seem, he remained elusive. But, we were rewarded with an African Crake.

And at the Kgomo Kgomo bridge we were very excited to see an Allen’s Gallinule, a Lesser Moorhen and an African Swamphen. That same day we were treated to Black-Winged Pratincoles and a dwarf Bittern (who posed for us for nearly half an hour).

Driving after sunset on our way back to the lodge brought some wonderful surprises.

Birding – an escape into another “zone”

In one day my son saw three “lifers” (if we were better warbler IDers, I’m sure he would have seen more).  I forget what birds I have seen previously (and often what they look like) so tend to see a huge number of “lifers” on each trip … many of which become “lifers” again on my next birding outing!

In all we saw over over 140 species and soaked up the landscape, the peace and quiet, the grasses and butterflies, and the ever present challenge of imitation calls, diagnostic details and juvenile plumage!