In a previous blog I looked at the origins and differences between Ethiopianism as compared to the  Independent Churches like Christian Zionism and Pentecostalism.   But even within the latter 2 movements there are also differences and divergences.

The Zion Christian Church ( ZCC) is one of the largest African initiated churches in southern Africa. The church’s headquarters are at Zion City Moria in Limpopo Province.

The forerunner of the Zionist church was strongly influenced by the doctrines of the Christian Catholic Apostolic Church of John Alexander Dowie, based in Zion near Chicago in the USA and by the teachings of the Pentecostal missionaries who came to Johannesburg in 1908.

Origins of the ZCC

The founder of the ZCC was Engenas Lekganyane who said he had a revelation as early as 1910 but took a rather circuitous journey via the Zion Apostolic Church (ZAC) and Edward Lion’s Zion Apostolic Faith Mission (AFM), until he finally founded and named the Zion Christian Church in 1924. During the late 1930s Lekganyane obtained title of a farm in the area called Boyne 40km outside Polokwane in Limpopo.  He called it Moria which refers to the site where Abraham prepared to sacrifice Isaac and also to the site identified with Zion where Solomon built the Temple. The ZCC grew rapidly; its 926 adherents in 1925 became 2000 by 1935 and 8000 by 1940, Now the followers are said to number some 6- 7 million in South Africa and 16 million in the wider continent.

When Edward took over from his father Engenas in 1948, he made significant changes: (The ZCC subscribes to hereditary leadership).

The Easter Weekend at Moria

In 2013 Neal Collins visited Moria on Good Friday.  He describes (City Press 07/04/2013) how there are 2 congregations identified by their badges.

Every word of every service in both the Dove and Star camps is translated from the original sePedi into English, Afrikaans, isiZulu and Xitsonga. 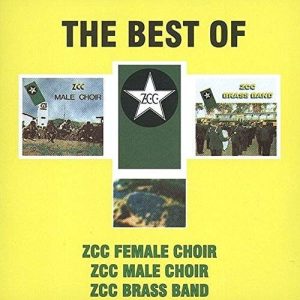 Interestingly there is no tithing in the ZCC. Congregants  pay as much as they can, normally R50 a month. For that they get free funeral insurance, a clinic and – if they apply – help with schooling. There are strict rules about not consuming tobacco, alcohol or pork.  Adult baptism is practiced and there is a strong belief  in prophets and prophecies. And although it is not encouraged, it is not taboo to involve ancestors in worship.

And finally … for those planning a visit to Moria,  learn one line: “Kgotso e be le lena” which means “Peace be with you”. Ellis says it will earn you access to all areas of the vast campsite.

Final blog to follow in this series on African Churches in South Africa: Pentecostalism Zionism and the independent charismatic Churches

One thought on “Christian Zionism in South Africa”