When a body moves, it’s the most revealing thing. Dance for me a minute, and I’ll tell you who you are.  Mikhail Baryshnikov 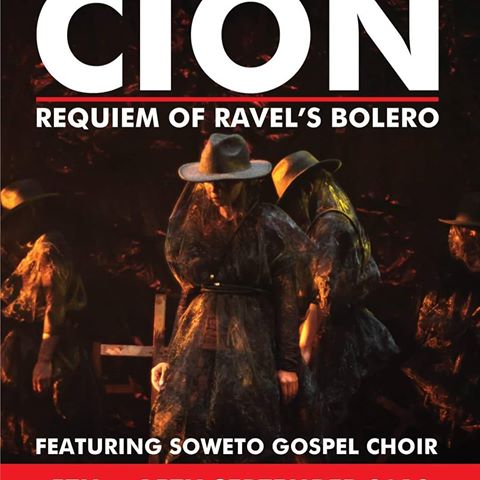 No words can describe Gregory Maqoma’s extraordinary contemporary dance production but Robyn Sassen’s review helps!  And for more check Diane De Beer’s review. Also a short video clip.  I saw Cion at the Market Theatre in 2017 and ever since it has lingered, resonated and floated in and out of my conscious thinking  many times. So when I saw it was back from its international tour and showing at the Joburg Theatre I instantly booked. [This was in 2019 ….. 3 years later I have booked to see it for the 3rd time].  Maqoma has based this production on two books by Zakes Mda.  In Mda’s 1995 Ways of Dying, Toloki is a professional mourner at township funerals during South Africa’s transition to democracy.  (Maqoma sees his production of Cion as both a requiem to departed souls but also as an offering of an opportunity to heal).

We meet up again with Toloki in 2012 in Mda’s book Cion.  The title is spelt Cion without the initial S, but has the same meaning as Scion, which refers to a descendant of a notable family or somebody with a long lineage. Toloki decides to travel far and wide in search of new ways of mourning and he ends up in a small town in the South of the U.S. where there is a community of slave descendants whose forebears had run away to escape slavery. Members of this community now live a humble but free life with many of them making quilts. As the novel unfolds, the role of the quilts and the surrounding landscape filled with sycamore trees, bear witness and in fact carry the memories of the slaves in their southern plantations and in their bid for freedom. The community’s present is made real by keeping the past alive. And Maqoma verbalizes this in a contemporary context when he told Robyn Sassen in an interview in 2014   “I was so very deeply moved and touched by migrant labourers who danced over the weekends [Maqoma grew up near a hostel  in Soweto]. It dawned on me, years later that it was their own way of surviving the displacement of their circumstances”.

But powerful and influential as the traditional is in Maqoma’s life, he also grew up in a milieu of popular culture.  He talks about his work as a “bit of a cocktail”, fusing popular culture and traditional forms. This fusion has been a theme throughout Maqoma’s work which is also rich with cultural references more broadly – from Ravel’s Bolero, to Romantic images of tragedy and grief like Gericault’s Raft of Medusa, to Carribean calypsos, to Kentridge’s processions, (he worked with Kentridge on his 2017 production of The Head and the Load), to Michael Jackson’s fluid dance moves. This  all sounds like a terrible mish-mash but the affect is extraordinarily powerful and mesmerizing.  And watch Musa Motha’s performance – although the video does not do him full justice.  His dancing in unison and synch in the group is totally inspiring.

Put this all together with the rich a capella voices of the Soweto Gospel Choir and the result is extraordinary. (When I saw the production in 2017 it was an isicathamiya group who sang the a capella backing).  There are only 2 instruments in the current performance (and even then they are used very sparsely and never at the same time): a drum and a harmonica. The remaining “percussive backing” is made with voices and the dancers’ use of their bodies.  Maqoma says to his students: “feel the vibration of your own movement”.  Watch Beyond the Euphoria of Movement for some understanding of what Maqoma means by this.  The music for Cion is directed and composed by Nhlanhla Mahlangu.

So who is Gregory Maqoma?

Maqoma’s passion for dance goes back to the 1980s when he became involved in a local dance association in Soweto – his home and birth place. This was also a time when political tensions in South Africa were at their most raw.  He went on to join Moving Into Dance Mophatong in 1990, becoming Associate Artistic Director in 2002.  Whilst undertaking a scholarship at the Performing Arts Research and Training School (PARTS) in Belgium in 1999, he established the Vuyani Dance Theatre (VDT), a company which bears his middle name. In 1997 he went to Vienna, in Austria, with a scholarship to study at the Dance Web. 1998  saw Maqoma receiving another scholarship, one which he used to make Layers of Time.

Besides working as a choreographer for his dance company, Maqoma teaches and choreographs for other companies in South Africa such as the Pretoria Technicon, Moving Into Dance Mophatong, The Dance Factory, Jazzart Dance Company and Siwela Sonke.  Amsterdam, London, Senegal and the United States are but some of the places he has taught.  Plus he also gives international workshops on African dance and culture and choreography. For more on Gregory Maqoma’s oeuvre see Exit/Exist which received a “Bessie”, New York City’s premier dance award for original music composition.  He is part of the selection committee for Dance Biennale Afrique Festival to take place in Marrakech in 2020.

The awards for Maqoma’s productions are legion – several works in his repertoire have won him local and international acclaim. This includes FNB Vita Choreographer of the Year in 1999, 2001 and 2002 for Rhythm 1.2.3, Rhythm Blues and Southern Comfort respectively. He received the Standard Bank Young Artist Award for Dance in 2002.   In 2017 Maqoma was honoured by the French Government with the Chevalier de l’Ordre des Arts et des Lettres (Knight of the Arts & Literature) Award.

But Jozi-ites – where is the support for our amazing local productions?

Those who joined me for in 2019 were blown away. There was a resounding and instant standing ovation from the audience. And the saddest thing it that this #worldclassproduction was one third full. What is it with Joburgers???  They complain that we are not co-called “FirstWorld”, and then when there is a production of this calibre nobody supports it. Can’t have it all ways Jozi peeps.