You had us all on-side Mr President. Only yesterday I sung your praises. But then the Minister of Cooperative governance and Traditional Affairs (CoGTA) announced the Level 4 Lockdown regulations due to come into effect tomorrow 1st May.  The reversal of the lifting of the ban on tobacco and the reasons given do not hold water. The contradictions and lack of reason are glaringly obvious.

This infogram was released by Government:

Let me make very clear – I am not, nor have I ever been a smoker, and I HATE  it as a habit. BUT I don’t buy Government’s reasoning for a whole lot of reasons including

• It’s very common social and cultural practice for large portions of South Africa to take their hands to their faces when they eat – be it when eating sweets, sandwiches or pap and stew.

Along with toilet paper, two items in short supply in the “stock-piling” frenzy immediately pre-lockdown, was a shortage of flour (lots of bread-baking planned) and popcorn (the value of Netflix shares also rose dramatically!) Have you ever seen anybody eat popcorn without taking their hand to their mouth?

• Any damage to smokers’ lungs has been done long before lock-down. So that’s a null and void argument.
• And the substance weed (the “zol” rolling reference) has nothing to do with tobacco – it’s illegal to sell weed under SA law!

The increase of illegal tobacco sales: Who benefits?

There is however a lot written in the public domain about illicit tobacco trade in South Africa (and neighbouring Zimbabwe) and its links to people both high up in government and of course to the murky underworld.  Jacque Pauws’ findings published in The President’s Keepers were deeply shocking.

Illicit tobacco trade will profit massively with the continued ban on tobacco sales in Level 4 of Lockdown.

And as for exercise only between 6 and 9 am???   It didn’t take long for the memes to start! 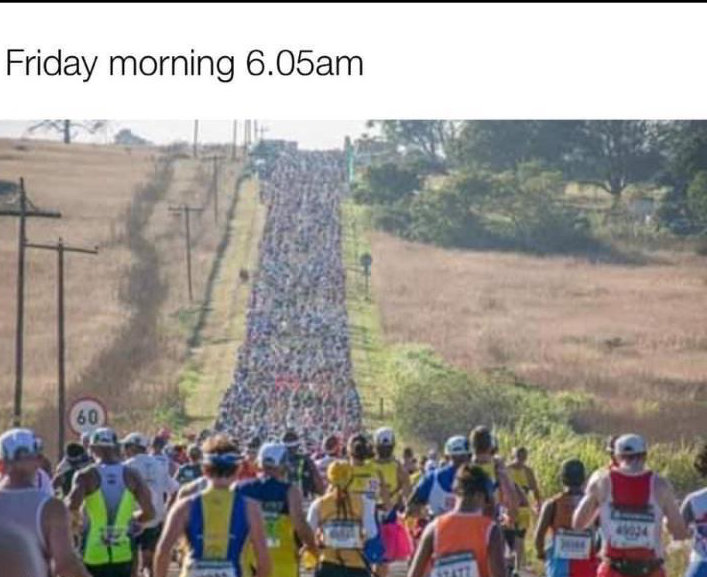 And a curfew between 8pm and 5am? How many people were out and about during these hours anyway?  It’s not as though there was anywhere to go.

No, Mr President – you yourself said that the nation has made great sacrifices and has undergone hugely difficult times, not least of all those who have lost all income with no safety net. Some of the Level 4 Lockdown regulations are unjustified infringements on personal liberties.