I think art-loving Jozi-ites have a little of the green-eyed monster in them in the face of the latest additions to Cape Town’s cultural scene. As if  Zeitz Mocaa is not enough for one city, they now have the Norval Foundation as well.  So when I read about the Javett Centre due to open at the University of Pretoria later this year (maybe early next year), I really began to feel that Jozi is the Cinderella City!

The Javett Centre will  comprise a public portion which will link the Art Gallery and the Mapungubwe Museum to an open Museum Square which will include a restaurant and outdoor exhibition space. The computer-generated images show a slick contemporary design which will have a connecting walkway spanning the main artery of Lynnwood Road. This alone will give it a very visible and impressive public presence.

The display of the artefacts from the Mapungubwe collection demonstrates the recognition of a previously ignored, in fact even suppressed, local history.  Although discovered in 1932, Mapungubwe’s  discovery was kept quiet as it did not fit into the dominant colonial narrative. According to this narrative, there were no Bantu in South Africa prior to 1652 and that any local inhabitants there were, were nomads and hence laid no claim to land.  Although the discovery of Mapungubwe was mentioned in some reports, these were very low key, tended to be few and far between, and were generally played down in the general national narrative. This was until the 1990s and the democratic era. 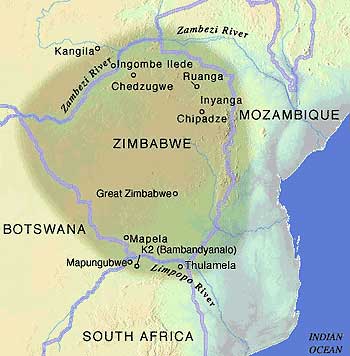 Mapungubwe was built on South Africa’s northern border on the confluence of the Shashe and the Limpopo Rivers.  Archaeological evidence has shown that while Mapungubwe was inhabited from around 1100-1300, it reached its height between 1220-1290 with around 5000 inhabitants. It is thought to be the first evidence of a class-based society in Southern Africa where differences in status were reflected in the size and location of the housing (the rich and powerful always get the view .. nothing changes!); the food that was eaten; and burial practices.  Remains in storage huts have shown that they farmed millet, sorghum and cotton. The famous gold rhino is but one manifestation that they smelted gold. They is also archaeological evidence of active trade (gold and ivory particularly) with places as far-flung as China, India, the Levant, Persia, Egypt and East Africa.

Around 1300 Mapungubwe declined and people migrated north to augment the  Kingdom of Great Zimbabwe (1100 – 1400). It is not clear if this migration happened as a result of local climate change or because of a change in trade routes. Like Mapungubwe and Thulamela this kingdom also  relied on trade (mostly in gold and ivory) as well as agricultural (mainly cattle) trade. Great Zimbabwe at the height of its power had a population of about 18,000 and covered an area of over 7 sq km. Its origins were also the subject of ‘fake history’ with early explorers and historians identifying the Great Zimbabwe builders as Phoenician or Arab as opposed to Bantu speaking ancestors of the Shona.

Prof Tom Huffman from the Wits Archaeology Department has written extensively on Iron Age settlements in Southern Africa: Snakes and Crocodiles (Great Zimbabwe); Mapungubwe  and Iron Age Settlements,  to name  but a few.  Many years ago I was fortunate enough to accompany him and some visiting American students to the iron ages site of  Thulamela.  Thulamela shows similar social structures to Mapungubwe and Great Zimbabwe and is thought to have been the most recent settlement of the ancestors of the Shona in Zimbabwe. Carbon dating has identified occupation of the settlement from 1240 to around 1700, although the stone walls probably date to 1450. These have been extensively restored. As with Mapungubwe and Great Zimbabwe there are  spatial hierarchies which indicate that the royal enclosure was built at the top of the hill (large enough to house 1000 people) while some 2000 commoners lived in the lower areas around the base of the mountain. When Thulamela was excavated (only in the 1990s), archaeologists found the remains of Chinese porcelain and glass beads, along with other trade goods. This shows that like Mapungubwe and Great Zimbabwe, Thulamela was part of a trade network where they exported iron, copper, gold and tin from southern Africa to North Africa, the Middle East, India and China via the Indian Ocean.