Follow your passion;  Don’t chase the money; Slow down – that, it seems, is Dave’s philosophy. Until about 6 years ago, Dave’s work in IT took him all over Africa. And as one does when sealing a deal in Africa, you chat over a cup of coffee. This sparked his interest in and love for coffee. And so a new chapter in his life began – he bought “green” beans, roasted and packaged them on site from a small “hole in the wall” premises in Blairgowrie and sold to restaurants. With his knowledge, passion, and very reasonable prices, business grew. All the while his goal was to open a small coffee shop. And then in late March 2020 Covid struck, level 5 lockdown ensued and overnight restaurants were closed and his market dried up. So he took advantage of changed circumstances and as soon as restrictions allowed, he began work on converting “the hole in the wall” to a small but charmingly quirky coffee shop which opened mid 2020 with a young business partner Francois. 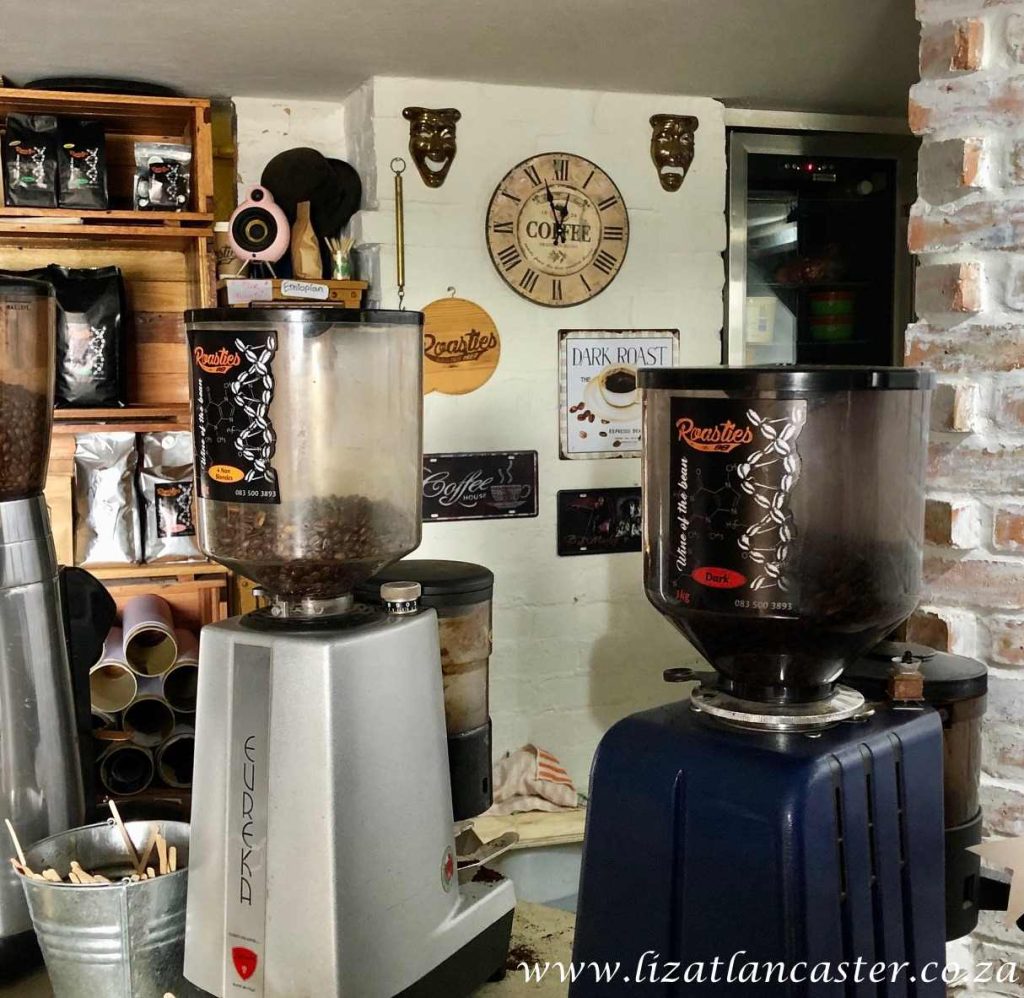 Dave thought that before the word had spread and people got to know about the new coffee shop in the hood, business would be slow.  But with Roasties 88’s excellent quality (freshly roasted artisanal beans), incredibly reasonable price (R15 for a cup), and great value for money (all Roastie’s single shots are 23 grams of coffee as compared to the standard 7 or 9 grams), Dave and his business partner Francois were rewarded with selling more than 140 cups the very first weekend they opened.  Dave still roasts beans daily after hours. 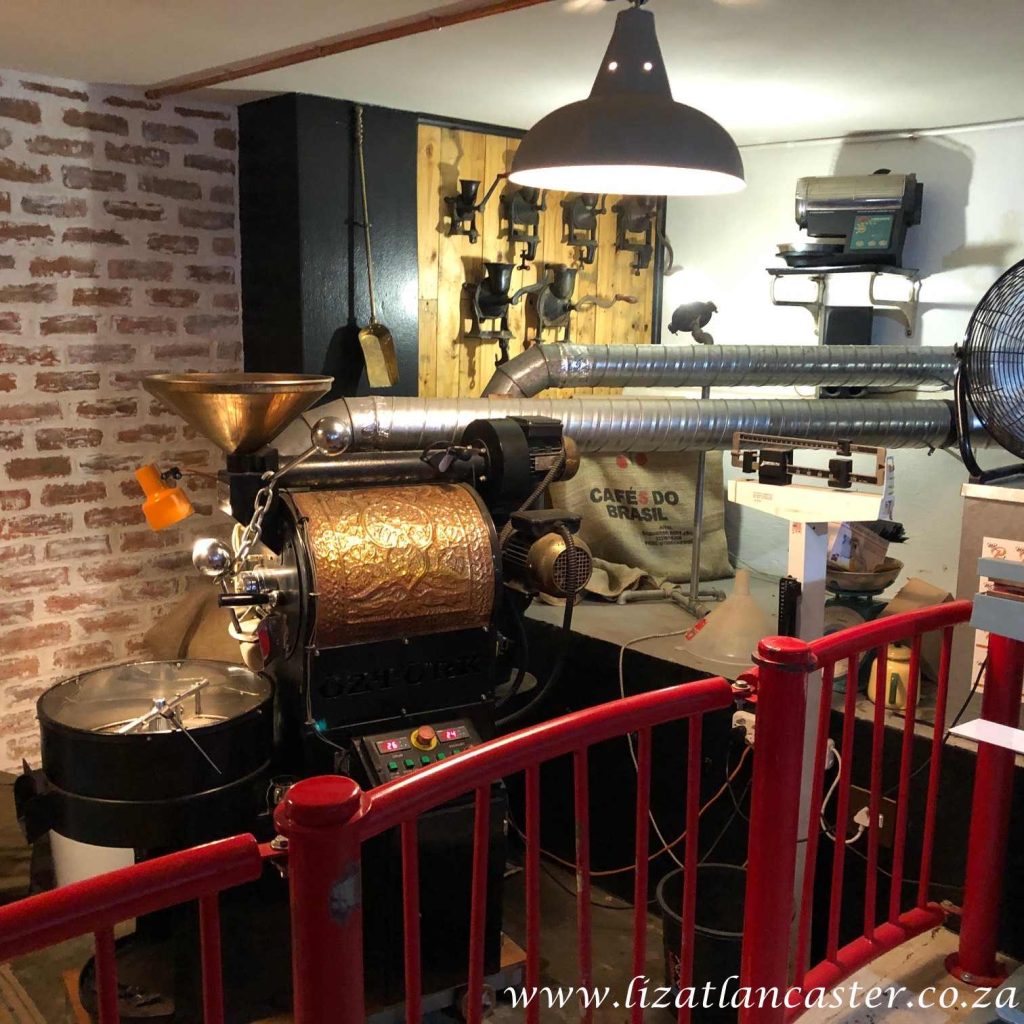 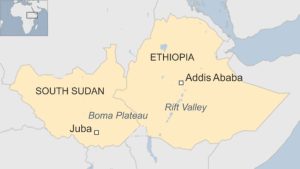 Although there are 124 known species of coffee, most of the coffee that’s grown comes from just two – Arabica  (60% of global coffee production) and Robusta (around 30%). It was not until the end of the 19th Century that scientists confirmed Coffea Arabica as an Ethiopian plant, rather than Arabian, as the name suggested. Wild Arabica coffee grows only in southern Ethiopia, on either side of the Rift Valley, and on the Boma plateau in South Sudan. 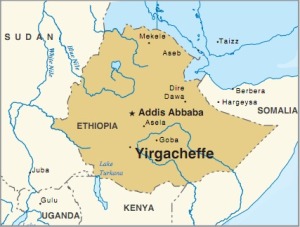 In chatting with Dave about where he sources his coffee from (all over the world but a lot from Malawi and Uganda and he only accepts orders after a tasting), I learnt that Yirgacheffe, named after the region in Southern Ethiopia, is regarded as the ‘cream of the crop’.  Since the climate and high altitude is ideal, Yirgacheffe plants can be harvested without agricultural chemicals and so make for excellent green and organic coffee.  I was ashamed I did not know this, despite having been to Ethiopia, and enjoyed many coffee ceremonies, and even visited one of Ethiopia’s main coffee exporters in Addis Ababa.

Origin of coffee as “edible”

If myth would have it, the history and “origin’ of coffee as an edible bean goes back to Kaldi a goatherder in ca 900 (or earlier) in what is now southern Ethiopia.

The sedate Billies and Nannies began frolicking, bouncing and pronking like fris bokkies. Intrigued, Kaldi too took a taste and immediately perked up. A monk passed by (as monks are wont to do in the wilderness) and it seems, either disapproved and took the berries back to his cell to burn; or, realizing their possible magic potency, he took them back to Chez Monksville to cook and try for himself. (We know this story from the likes of Apartheid SA customs officials who seized Playboys and Penthouse mags to “destroy” … but not before … looking.)  With the goatherder, his flock, the monk, and his brothers, all now hooked on this miraculous stimulant, the rest is history.

From bean to drink

Yemen is a country which also claims all sorts of nationalistic myths of origin when it comes to coffee.  It is likely that it was here that coffee (which was cultivated rather than indigenous) was first brewed as a drink. A healer who was banished to the wilderness is said to have cooked some berries and then drunk the liquid. It did not take long for the news of its vitalizing effects to reach his home town of Mocha on the coast of the Red Sea. Here his drink was soon declared a miracle drug.  Cultivated plants found their way to Holland and then Java in the 17th Century and to the Americas in the early 18th century.

2.25 billion cups of coffee are drunk around the world daily and more than 25 million families rely on growing coffee for a living.  But researchers are warning that the world’s most popular coffee, Arabica, is under threat because of the limited genetic variety of cultivated plantation crops. It is the greater genetic diversity that enables wild coffee to withstand disease more effectively for example. And, because coffee is grown in tropical and poorer countries which do not have resources to invest in research, this knowledge has come late to the coffee industry

So make sure you get to Roasties 88 for the most delicious coffee at the remarkable price of R15 a cup.  Best find! 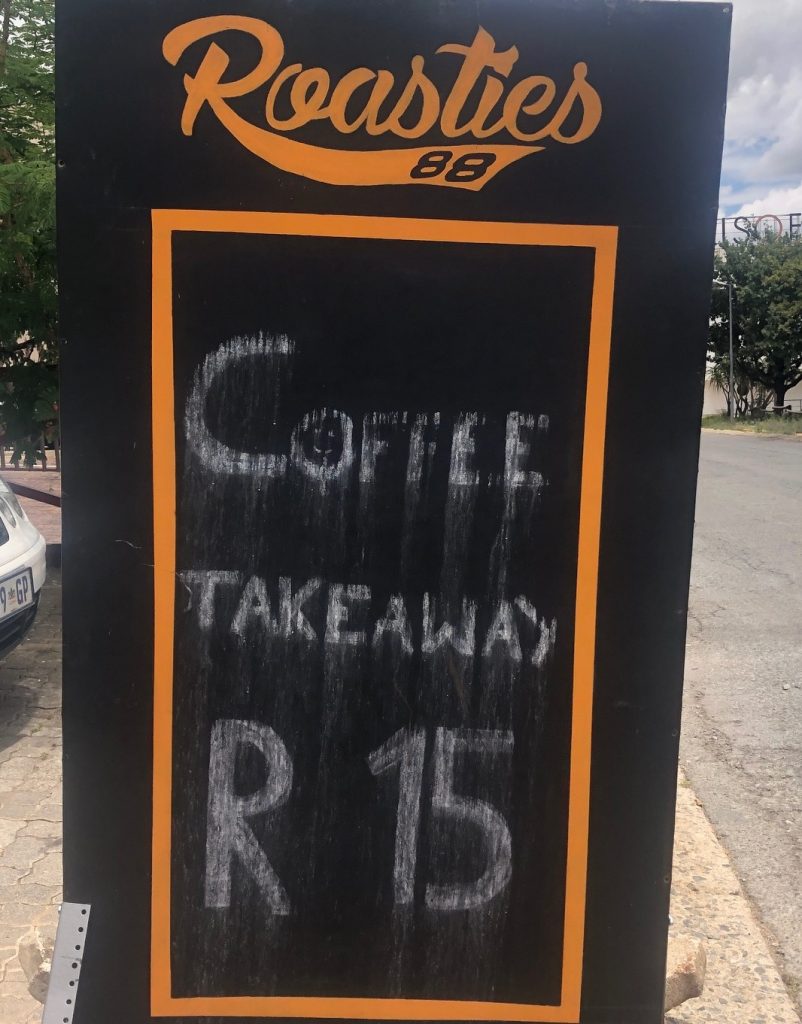