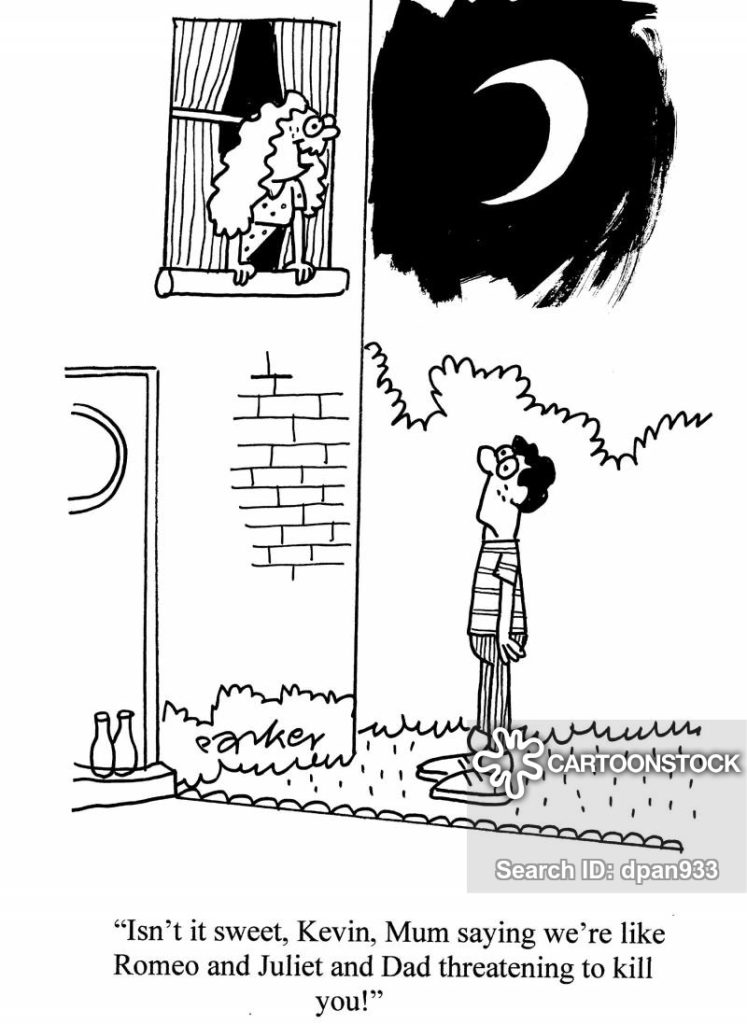 More years ago than I care to think about, Romeo and Juliet was the Shakespeare set work in my matric year. So I have always had a soft spot for this play, combined with the fact that, along with almost all the girls in my class, I was wildly and passionately in love (from a distance much further than a simple balcony) with the boy who played Romeo in a combined school production.  But this is an aside, because the combination of Shakespeare and Abrahamse and Meyer Productions, is in itself a complete winner.  I have seen all 3 previous productions from the Abrahamse and Meyer “stable”: Richard III in 2011 in which 3 actors played all roles;  Hamlet in 2017 with 6 actors playing multiple roles; and Macbeth in 2018 also with 6 actors playing all the characters.   I am certainly not going to miss this production. 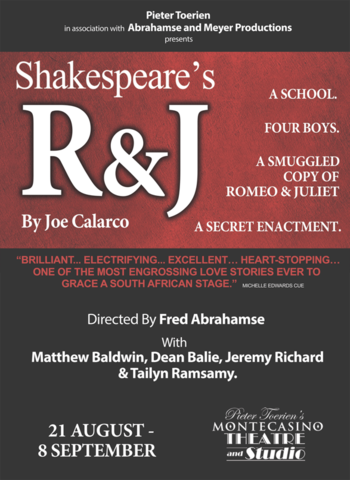 As with the previous 3 productions, any conventional rendering will be turned on its head in Joe Calarco’s Shakespeare’s R & J. The two-liner summarizes it: “A school, four boys, a smuggled copy of Romeo and Juliet and a secret enactment – what more could you ask for?”

The play stars Dean Balie, Jeremy Richard, Matthew Baldwin and Tailyn Ramsamy. All four of these actors have worked with Abrahamse and Meyer Productions and so are very experienced at playing multiple characters, morphing miraculously with the help of creative costume changes, masks, and sometime puppets.   In Fred Abrahamse and Marcel Meyer’s Macbeth Jeremy Richard played the Second Witch, Donalbain, a Porter and a Murderer;  Matthew Baldwin switched between the First Witch, Malcolm, a Murderer and Ross;  and Tailyn Ramsamy  played both Banquo and Lady Macduff. While in  Hamlet Polonius and Horatio were both played by Dean Balie.   There will certainly be the usual creative spark with  a stunning mise-en-scene, clever lighting and innovative stage set.