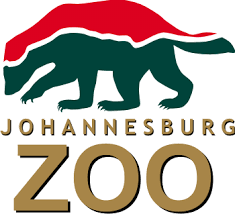 Positive review of the Johannesburg Zoo

Johannesburg has wild life parks on its doorstep: Pilanesberg Game Reserve a two hour drive away – has the Big Five. And although the Rhino and Lion Park is much more restricted and on a way smaller scale, it does provide an interesting introduction to Africa’s wild life species.

Given this, the Johannesburg Zoo is still a good option for a day’s outing  in peaceful surroundings right in the centre of the City’s suburbs.  And it’s only 10 minutes from Liz at Lancaster Guesthouse. According to Scott below, the Johannesburg Zoo compares favourably to the San Diego Zoo. And there are even night tours to see the nocturnal species.

We drove to the Joburg Zoo today. I had VERY low expectations for a couple of reasons, most of which were not rational in retrospect. My mom was a zookeeper at the Washington Park Zoo for years, working with elephants and birds of prey. We are members of the zoo and we go all the time. We also visit zoos when we go to other cities.  …..

This is a REALLY cool zoo. I’d say even the best zoo I’ve ever visited, including the San Diego zoo. It’s massive beyond reason for a city zoo. You can even rent a little cart and drive around as walking will take all day. We spent 5 hours there and didn’t scratch the surface. The size of the fences are really small, which is a treat as you can get REALLY close to the animals. We were all of ten feet from a giraffe.

Given that Scott’s mother was a zoo keeper at Washington Park Zoo. I think this is high praise indeed.

The Johannesburg Zoo is 6km from Liz at Lancaster Guesthouse