In 2011 the old potato sheds behind the Market Theatre in Newtown, Johannesburg were demolished to make way for the first major retail and leisure investment in the city for a while.  Planned as a mixed-use node it is being developed by  Atterbury Property,  facilitated by the Johannesburg Property Company and the Johannesburg Development Agency (JDA) .

Will this new injection of private investment help to re-energize this area?  Post 1994 there were various plans for urban renewal of the City of Joburg with certain areas being ear-marked by the JDA in quite a programmatic way for development as specific precincts:

Despite the various organizations, institutions, corporates, restaurants and places of entertainment which have their base in an around Newtown,  it never seems to have fully taken off as a vibrant, activated and busy space (apart from when there are large events on). While there might be pockets of activity and hustle and bustle, the connecting spaces are often empty, dead and soulless.

Newtown as cultural precinct is a quite  different usage from the historical role of Newtown which had functioned as the electrical hub of Johannesburg and had housed the main fresh produce market.  Both of these core activities relied on the railway which ran through the area. 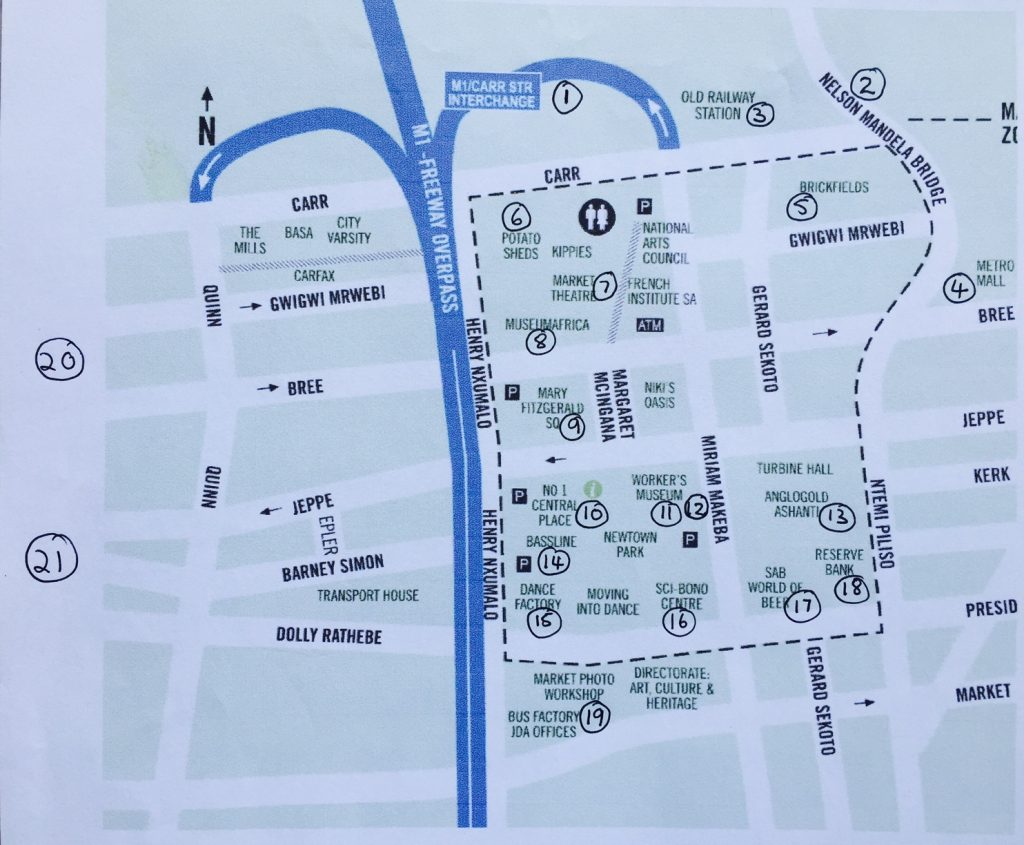 MuseumAfrika’s gradual relocation to the old market building from 1976 onwards, the building of Kippies (the jazz venue) in the late 1980s, and the large industrial warehouse spaces so favoured by the avant- garde and non-mainstream industries, provided the foundation and impetus for the programmed development of Newtown as the cultural precinct and the intended hub of Johannesburg (and Gauteng’s) creative industries.

7 thoughts on “Will the new development in Newtown help to revitalize the area?”